Review: Walking on the Sea of Clouds by Gray Rinehart

Here's a Christmas gift for the science fiction lovers on your list, and what better day to buy it than the anniversary of Apollo 17's launch?

Gray Rinehart's Walking on the Sea of Clouds brings us a near-future colonization of the moon, packed full of all the nightmare-inducing equipment failures and the sort of determined, reach-for-the-moon characters who can make it happen. Or can they? 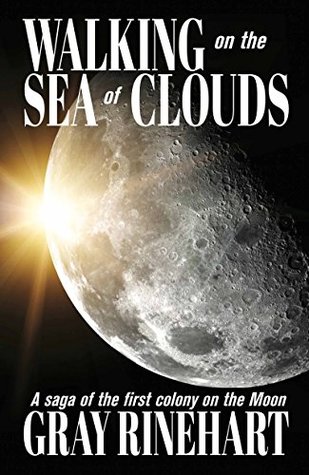 Before permanent lunar encampments such as Clarke's Clavius Base (in 2001: A Space Odyssey) or Heinlein's Luna City (in The Moon Is A Harsh Mistress) could be built, there would have to be the first settlers--the first people to set up shop and try to eke out an existence on the Moon. Walking On the Sea of Clouds is the story of such lunar pioneers: two couples, Stormie and Frank Pastorelli and Van and Barbara Richards, determined to survive and succeed in this near-future technological drama about the risks people will take, the emergencies they'll face, and the sacrifices they'll make as members of the first commercial lunar colony. In the end, one will decide to leave, one will decide to stay, one will put off deciding ... and one will decide to die so another can live.


You can also find Walking on the Sea of Clouds on goodreads:
https://www.goodreads.com/book/show/35840519-walking-on-the-sea-of-clouds

Posted by Michelle Ristuccia at 7:00 AM