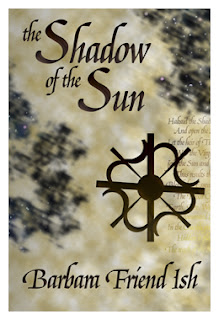 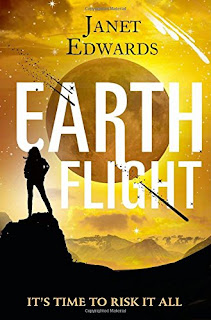 Earth Flight by Janet Edwards continues the adventures of Jarra, teenage archaeologist, military adviser, and accidental celebrity. While Jarra waits for news from the Alien Contact programme, she and Fian deal with prejudice against the Handicapped from all sides. Fian's father disapproves of their relationship, and vids of Jarra on the newsies trigger terrorist attacks.

To the prejudiced, Jarra's Handicapped status disqualifies her from military work on the alien artifact, never mind that she helped discover and activate it in the first place. The fact that the Beta clan is about to officially accept her membership with pomp and circumstance only makes her enemies determined to dispose of her, before her very existence turns their status quo inside out.

Then, when Alien Contact's research into the alien light artifact finally leads to a breakthrough, it's much worse than any one could have imagined. Earth needs Jarra to go on an off-world mission, where her Handicapped immune system will try to kill her. Jarra always thought she wanted to go off-world, but now she has more to lose than ever – her friends, the love of her life, and, either way, the Earth itself.

Earth Flight is the exciting conclusion to Edward's debut YA SF trilogy. Beginning with Earth Girl, Janet Edwards brings the reader a future humanity that is as complex and unique as its present, with characters whose love for life make them burn bright as flame. Jarra begins the series as an Earth girl passionate about archeology and social prejudice against her kind, but with much to learn about those she derisively calls norms. Through Earth Star, Jarra develops deeper relationships with Fian and the rest of humanity as they all confront a dangerous alien sphere orbiting Earth. In Earth Flight, Jarra must reach deep into her new found maturity to put her life on the line.

From archaeological “digs” involving lasers and earthquakes, to off-world portals that shut down during solar storms, Janet Edward's Earth Girl trilogy will have readers on their toes from the start. Earth Flight finishes the series with alien spheres that hold the key to the past, and therefore the future, of humanity's numerous worlds.